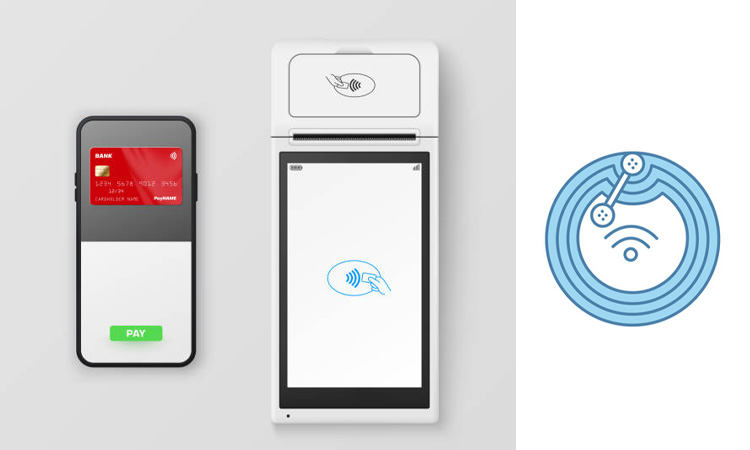 With the rapid development of the times, NFC technology has made daily life more convenient and fast. You only need to take a cell phone when you go out every day, and you can swipe your card to take a bus or buy things. Today’s life seems closely related to NFC. Suppose you want to know more about NFC and have questions about NFC tags programming. So next, I will give you a detailed introduction to an NFC tag. How do we program NFC tags on Android and iOS?

NFC is the abbreviation of Near-field communication. It is a set of Communications protocols.

It gets the information simply by using two NFC-enabled electronic devices. They only need to communicate within a few centimeters to get specific information.

Friends can use NFC to share snippets of their lives in sync on the social side.

NFC has been applied in various fields such as mobile payment, identity recognition, and automobile. Especially in mobile payment, it is far ahead and has been adopted by Apple, Google, Samsung, Huawei, and other large listed companies.

What is an NFC Tag?

NFC tags, also called brilliant and information tags, are an essential component of NFC systems that store large amounts of data. Programming an NFC tag means you will give it a new mission and change it from a blank NFC tag to any NFC tag you want.

NFC tags come in various manifestations, such as NFC cards, NFC stickers, inlays, and more. Once you have determined the NFC form you want, you can program the NFC tag in its body through the application to get the NFC tag you need.

What is NFC Tags Programming?

When you have an NFC tag, you can import these steps into the NFC tag through the NFC app. Then you can touch the NFC tag on your phone and instantly complete the above settings.

You must simultaneously confirm the following three issues to program the NFC tag.

Whether your NFC tag is a blank tag or not. You can choose to buy a new blank tag from Amazon or find a tag that is no longer needed and can be rewritten in a loop.

Pick the right app that can program NFC tags. You can find various free apps on the Play Store, such as Trigger, NFC Tools and NFC TagWriter.

How to Program NFC Tags?

NFC tags Programming with Android devices is quite simple. You must confirm the following information and operate it to get the NFC tag you want.

If you want to use iOS for NFC tag programming, make sure your electronic device is iOS 13 or iPhone 7 and newer. Unlike NFC programming for Android devices, there are two ways to write iOS NFC programming.

When it comes to programming, people think of a highly complex level. Programming for NFC tags, whether for Android or iOS, is quite simple. If there is no NFC tag you want on the market, you can create your own NFC tag.

2022 The Latest Benefits of RFID in Healthcare

RFID in Retail: Why Choose It?

How to Make Amiibo Cards?