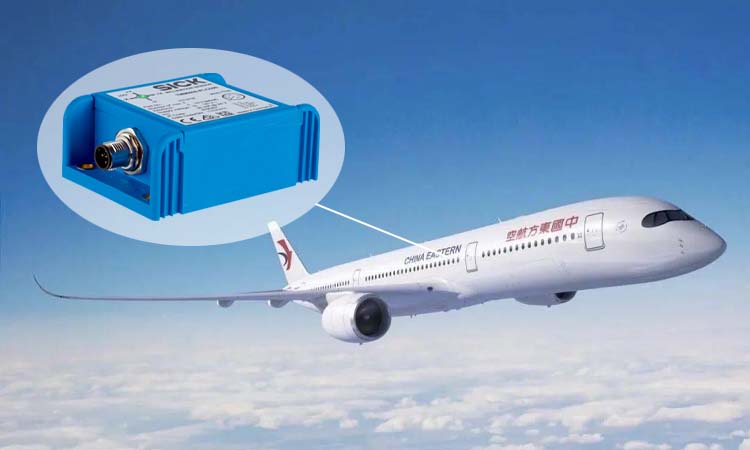 The advent of inertial sensors has revolutionized the design of industrial systems. The data it collects helps engineers find solutions to problems encountered. As research is further developed, people can use it in an increasingly wide range of applications. The purpose of this article is to introduce what an inertial sensor is and its components.

What are Inertial Sensors?

An inertial sensor detects and measures an object’s acceleration, tilt, and vibration. It converts inertial forces into measurable electrical signals. It is an interesting and useful ability. It is important for solving navigation, orientation, and motion carrier control. Inertial sensor components typically include accelerometers and angular velocity sensors (gyros). Their single, dual, and tri-axis combinations IMU and AHRS play an important role.

There are two main types of MEMS inertial sensors. One is an accelerometer that can measure linear acceleration in one or more axes. People often use this accelerometer. The other is a gyroscope that can measure angular motion. These sensors all seem to be made by people for specific applications. It is because these inertial sensors meet the needs of many different applications.

These sensors’ bandwidth, resolution, and dynamic range vary depending on the product. For example, an automotive airbag release system is very high on the inertial sensor. It must have a bandwidth of up to 0.5KHz and a resolution of over 500mG. Its dynamic range must be approximately within +/-100G. Other types of equipment have different requirements for these ranges. Air microgravity measurement instruments need an inertial sensor with broadband of 0-10Hz. But its resolution must be accurate to <1µG and a dynamic range of less than +/-1G.

Inertial sensors occupy an extremely important position in any application or equipment. It is part of the larger control system of the device or application. If you only know an object’s acceleration or angular motion, the information is not very useful. It is because the information collected from this sensor is usually used to control the device’s motion. Of course, it may also activate an actuator, such as opening an airbag in a car.

The accelerometer sensor is an important component of an inertial sensor, also called an accelerometer. The sensor supports the measurement of acceleration in one or more axes. The accelerometer consists of a mechanical sensor element (standard mass block) and a detection circuit. On the other hand, the sensing element consists mainly of a mass block connected to a reference frame by a mechanical suspension system. The detection mass is a very small seismic mass in a MEMS sensor. On the other hand, the mechanical suspension system is made of high-quality silicon springs.

The sensor is subjected to inertial forces due to acceleration. Now, the detection mass deviates from its stable position. Newton’s second law of motion explains it well. The Laplace equation can express the deflection of a mass block against acceleration.

In this equation, different letters stand for different things. x stands for the displacement of the mass block, and a is the acceleration. s denotes the Laplace operator, and b is the damping factor. m means the mass of the mass block. k is the mechanical spring constant of the suspension system.

The resonant frequency of the sensor can be expressed as:

The quality factor equation is expressed as:

The sensitivity of the sensor (in the open loop) is expressed as:

From the above algorithm, it is obvious that a rule can be seen. By increasing or decreasing the sensitivity, the resonant frequency of the item changes. With a closed-loop system, people can freely adjust this trade-off. The damping factor determines the largest bandwidth of the accelerometer. The damping factor is typically variable in MEMS accelerometers. This coefficient increases with the displacement of the detected mass.

The displacement of the mass block is measurable in all micromechanical accelerometers. People can measure this displacement distance through a position measurement interface. The measurement method is the same as in the capacitance measurement. A movable plate attached to the mass block moves between fixed capacitive electrodes. Several different types of sensing mechanisms are applied in the accelerometer design. These sensing methods include piezoresistive, piezoelectric, capacitive, optical, and tunneling current.

A closed-loop accelerometer allows the detected mass to return to its resting position. It relies on a feedback system that wants to track the feedback force exerted by the mass. This feedback force is proportional to the closed-loop accelerometer acceleration. The feedback force cancels out with the non-linearities, and the sensitivity depends on the feedback control. The feedback signal can also be used to control the dynamics of the sensor using an electrical signal controller. It can be driven by electrostatic, thermal, or magnetic forces to return the test mass to its resting position. People can often display the feedback signal in analog or digital form. All these designs add to the complexity of the sensor.

There are many types of accelerometers, and the following are some common methods of acceleration sensing:

A pair of springs connected to a mass block in the inner frame form the vibrating structure. The inner and outer frames are connected by another set of orthogonal springs. A capacitance-sensitive finger exists between the inner and outer frames. This capacitance-sensing finger is also connected along the orthogonal springs. The Coriolis force increases with the angular velocity of the rotating object as the velocity of the object increases. It also follows towards or away from the axis of rotation. The inspection mass is then driven continuously sinusoidally through the internal spring. The resonant test mass will be subjected to the Coriolis force as the system undergoes rotation. The mass will be subjected to this force by an orthogonal spring between the inner and outer frame. This force will make it change. This force will change the distance between the capacitive sensing fingers. Thus, the angular velocity sensor outputs the relevant electrical signal simultaneously. This signal is proportional to the Coriolis force.

People use accelerometers for automotive airbags and seat belts in the automotive industry. And gyroscopes are used in applications such as anti-rollover protection and automatic indicators.

The field of consumer electronics has a broader range of applications. People can use it in cameras, virtual reality headsets, smart toys, and gaming keyboards. Smartphones and tablets used in our lives are equipped with inertial sensor systems. It is mainly used to detect screen rotation and games and enhance the user’s sense of reality experience.

It also supports users to use it to check the position and orientation of robot manipulators and driverless robotic vehicles. These sensors can also be used in the medical field. It can help doctors track patients suffering from specific diseases. For example, monitoring patients who have Parkinson’s disease. High-precision inertial sensors are mostly used in military and aerospace applications. People can use it in smart munitions, collision detection, and plane/missile flight control.

The accuracy of inertial sensors has improved significantly over time. It has greatly met the needs of navigation and guidance applications’ size, cost, and accuracy. Over the past few years, it has evolved from being purely mechanical to being able to incorporate a variety of technologies. These technologies include nuclear magnetic resonance technology and cold atom technology. It can also use many physical phenomena to accurately calculate the power applied to the object. But, the error nature of inertial sensors is still a challenge that needs to be studied. I believe people will soon overcome this challenge.

Near Field vs Far Field: Their Relation to Your Car and House

Where can You get NFC Business Card?

Tag, You’re It: The Essential Guide to Equipment Tags

Smart Materials and Structures: A Future of Adaptability

13 Things You Should Know Before Buying an RFID...

AI Evolution: From Basic Algorithms to the Most Advanced...

Near Field vs Far Field: Their Relation to Your...

AI Evolution: From Basic Algorithms to the Most Advanced AI

Near Field vs Far Field: Their Relation to Your Car and...

Role of AI and Machine Learning in Robotics